PUBG Corps recently released a tease for a new game title called PUBG New State. The game was popularized earlier as PUBG Mobile 2.0, and the new game is based on 2051 where “chaos reigns as many factions fight with each other”. The teaser video showed a glimpse into the seemingly impressive gameplay and showcased the future with hybrid cars, drones, improved ammunition and maps. 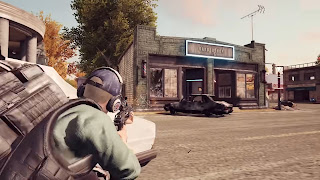 Now in new development, a report from PlayerIGN suggested that the upcoming game title will bring features like Combat Rolls, customization kits, and grenade launcher attachments. Here’s a closer look at the leaked information about PUBG New State.

The tweet indicates that these features were not disclosed in the teaser video. So players will be able to customize their weapon with the help of the customization kit and also attach a grenade launcher attachment. This seems to be very promising to us as there is absolutely no such feature available on PUBG Mobile.

“Players can enjoy a variety of new features, such as combat menus, drones, futuristic ballistic shield, and in-game weapon customization feature. Players will have access to customization sets that allow them to transform different weapons with performance improvements, choice of firing mode, and grenade launcher attachments.” As the official website says.